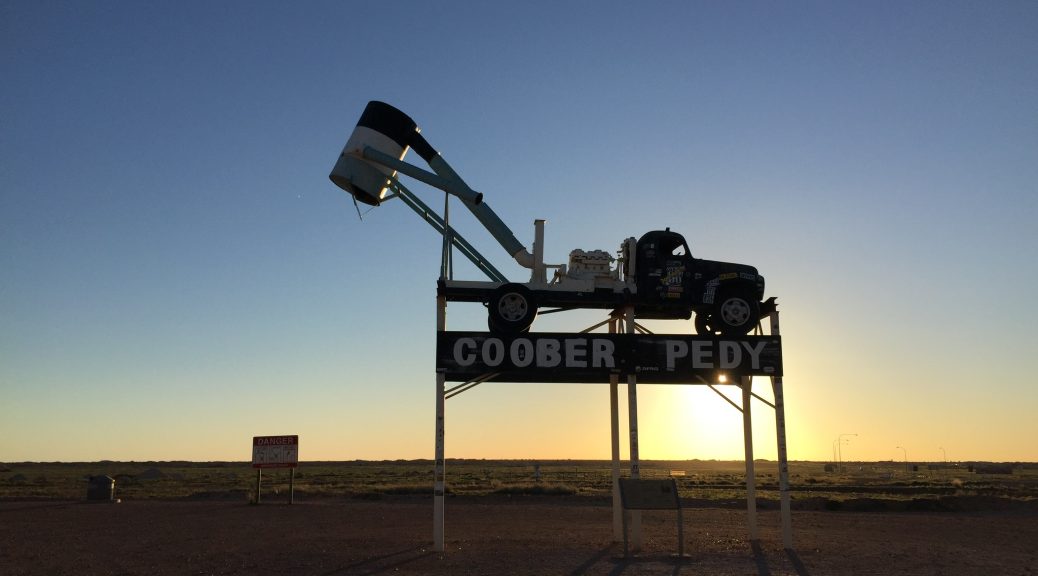 My husband Craig has followed me all around the world and suffered through two continents of marathons with me, and five continents holding my jacket. So when he asked whether I would crew for him while he rode a tiny little road bike (almost) non stop from Melbourne to Darwin there was no other response to give than Yes! And so began Anne’s epic ute odyssey.

The plan involved Craig’s bike getting to the start on the back of his friend Bill’s ute, and thus Craig and Bill departed early Saturday morning for Melbourne. I went out for half of a long run, breakfast with our girls, and then flew to Melbourne to meet them. Used Airbnb for the first time and found a lovely little house in St Kilda.

After a quick Thai takeaway we went to bed around 8pm with the alarm set for 11:15pm, and awoke to………rain!

The plan was for Bill and me to share the driving of the support vehicle, probably in four hour shifts; leaving around 12am Saturday night/Sunday morning and arriving in Darwin by 2am Monday night/Tuesday morning, with a four hour break in Erldunda, near Alice Springs. My greatest fear initially was how I would stay awake at night to drive given I am often dozing on the lounge by 7:30pm. While Bill was initially chatty I felt with horror that same jet lagged feeling you have when you’ve been up all night with a 10 day old baby, and thus I put in my earplugs and went back to sleep in the passenger seat.

I took over driving just before dawn and of course felt heaps better because my peak functioning time is from 4am. Followed Craig all across Victoria and South Australia through some lovely towns.

And so the hours went by. Bill is an ABC tragic and this proved largely quite entertaining with lots of local content. Bill is also a firm proponent of audio books and passed the time with several hours of the original and iconic 1978 Hitchhiker’s Guide to the Galaxy; nine hours of Harry Potter book one; and then seven episodes of the dry satirical series Rumpole of the Bailey.

As darkness fell, we had been driving for 18 hours with six to go. I volunteered to drive for the first few hours that night in the hope I’d stay awake. Things were quite taxing as the job of the support vehicle was multifaceted – stay ahead and hit the wildlife before they hit Craig; maintain a constant speed so as not leave Craig behind; and avoid oncoming traffic. Thus much of the journey was spent flicking one’s eyes from in front of the vehicle to the rear view mirror to ensure Craig was still close by. The little bike could manage around 93km on the flat but died on hills, and the support vehicle speed had to predict and adjust accordingly.

With only a few kilometres to go on day one we stopped suddenly in the darkness. “What’s wrong?” thought I? Bill was calm. Of course! We were stopping for a photo of the journey at “2000km in less than 24 hours” as a fallback position in case the bike blew up later.

And finally to Erldunda. Quick shower and into bed. Four hour stop with three hours of sleep before bursting back out onto the highway and off again!

I was tremendously excited to drive past Woomera, a restricted area and place of infamy associated with nuclear testing.

The second day was sold to me as slightly less taxing in terms of distance and time. However the fatigue and heat of the day more than usurped the degree of difficulty for Craig, and for Bill and me. Temperatures were quickly up around 38 degrees and by midday Craig was suffering.

We ploughed on, stopping briefly in different towns and truck stops. Barrow Creek was memorable for its strange inhabitants and a weird bar adorned with pictures and an unusual man mopping the floor who invited me to “come in and look around”. It wasn’t the first time on the trip I thought (sadly) of the Falconio murder.

In the meantime I was receiving little snapchats and messages from our daughter Emily, and words of encouragement from my friends. So much fun having others interested!

Craig has a thing about being stopped at roadworks while on his rides and when we came upon a stop sign I leapt from the vehicle to get a photo! I was channeling fun and humour to try to perk up Craig’s spirits that were clearly flagging in the sweltering heat. His jaw had locked sometime Sunday and his eyes were very bloodshot. Like any good crew person I had a supply of Panadol, Nurofen, and Poweraid at the ready!

By the time we made Katherine I think we had all had enough. Without a mechanical disaster we were going to make the time Craig was after and from there it was a matter of churning through the last 300km to Darwin. I finished my last stint of driving at Katherine and chirpily parked nose-in knowing I wouldn’t have to find reverse again!

The last kilometres couldn’t go fast enough! Craig had a second wind and shot past briefly with me crossing my fingers the bike would keep running and that our odyssey had not been for nought. The highway goes all the way into Darwin and we kept doggedly on until finally our destination was reached! I slid out of the ute and inside with Craig to buy his iconic end of ride purchase – the cherry ripe! I set up the camera in a private moment to take a photo of me and the trusty ute at the end of our epic journey.

Tired and emotional 😀 we travelled a couple of blocks to the Novotel and retired for the night. I slept 1:40-6:20am – a sleep-in record for this year, and went out for a short run on the foreshore in Darwin. Lovely park there commemorating the bombing of Darwin in WWII. It was already 30 degrees when I went out at 7am! Not sure I could handle living in the tropics.

Sat for ages over breakfast recapping highlights of the trip with Craig and Bill. Don’t think I’ve ever eaten so much at a buffet but this wasn’t really a surprise given in the 60 hours since dinner Saturday until breakfast today I’d eaten two beef salad sandwiches, a packet of chips, and drunk six cups of coffee!

After breakfast we loaded the bike back onto the ute and I kissed them all goodbye. Parenting duties see me flying business class Qantas home tonight. It’s a tough gig and I’m sure Craig and Bill feel sorry for me as they wing their way back home in the ute. Bill has the brochure listing the frequencies for every ABC station across the country and with luck there’ll be a sequel to the three hour broadcast yesterday on voluntary euthanasia. Potentially however there will be more on the diverging goals of feminists versus gender theorists.

So what would I recommend for others undertaking the crew role? Number one – take more food. Roadhouse food is unreliable in quality and access, and in helping Craig refuel the bike and himself there was generally limited time to access decent food. Number two – make sure all the lights on your ute are working and take more! Unfortunately a relay in the ute spat the dummy on day one which left us with normal high beam – heaps for city driving but not quite so flash for the outback. Thirdly and probably most importantly, smile and wave. Nothing is more important than a smile and words of encouragement for the rider, even when the rider is a little terse and tells you twice, at either find of the trip, to clean the lens on your iPhone! 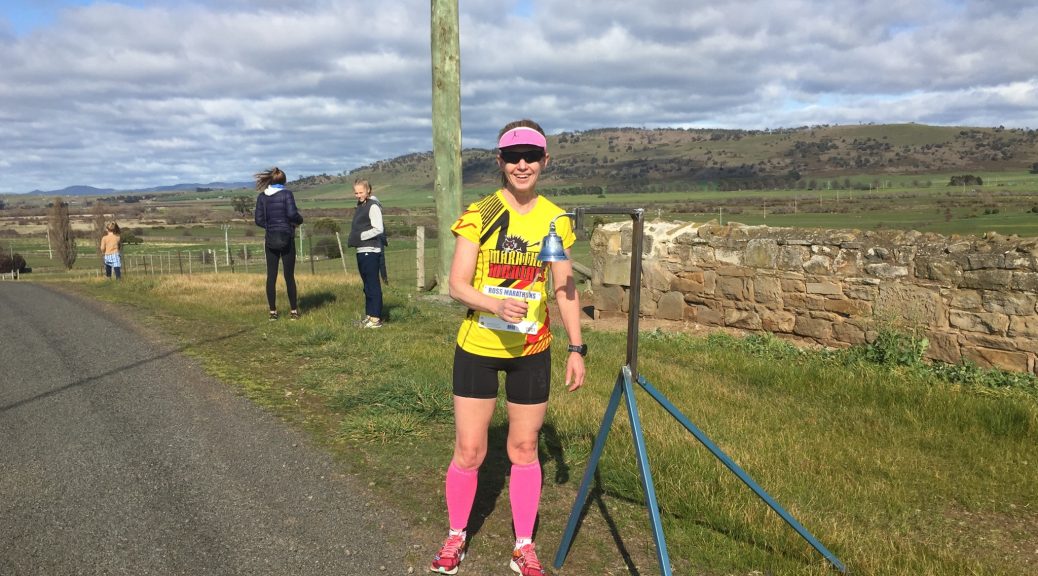